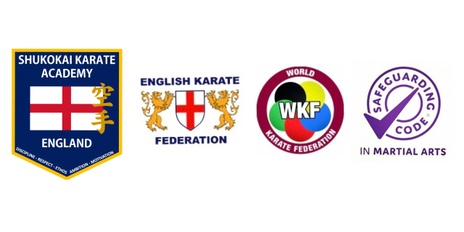 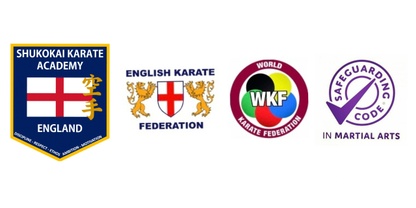 In Japan over many centuries, fighting without weapons was a skill handed down from generation to generation, father to child, and teacher to student. More recently we have seen the art of Karate - "The Way of the Empty Hand" - develop into a renowned and skilful martial art.

Chojiro Tani began teaching the Karate style Shukokai (meaning the way for all) at a dojo in Kobe, Japan in 1946. Shukokai was designed around the study of body mechanics, is very fast due to its relatively high stance aiding mobility, and is known for the double hip twist, which maximises the force of its strikes; making it one of the most hard-hitting Karate styles. Tani's most senior student, Sensei Shigeru Kimura, left Japan in 1965 to teach Shukokai in Africa. He developed Shukokai even further, emphasizing its power and strength; and was regarded as an expert on the style. He continued to teach after travelling to Europe, before settling in the United States in 1970 at the age of 29, where he taught at Yonezuka's Cranford dojo for two years; creating the first Shukokai World Tournament in 1981. Sensei Kimura died of a heart attack at the age of 54 and Sensei Tani died on 11 January 1998.

Shukokai developed in 1978 from Hackensack, New Jersey, United States and then later in Tenafly, New Jersey by Shigeru Kimura, a long time student of Tani. After Kimura's death in 1995. Sensei Chris and Sensei Katie were involved within the Kimura Shukokai International (KSI) Organisation for over 20 years before starting the Shukokai Karate Academy in October 2018. Sensei Chris and Sensei Katie are true to the Kimura Shukokai style and continue to develop the technique, mindset and ethos.

Kent Karate was formed in 2005 in the small village of Kingswood in Maidstone. The clubs are run by Sensei Chris Simpson and Sensei Katie Simpson both 4th Dan black belts. Sensei Chris starting training in 2000 and Sensei Katie 5 years earlier in 1995. Sensei Katie started with her best friend at primary school aged 8 and never looked back. Sensei Chris started by taking the step into the dojo after looking through the window and watching for several years. The father and daughter team teach over 6 days a week, run competitions for their students and attend National and International tournaments. Sensei Chris and Sensei Katie founded the Shukokai Karate Academy and are both first aid trained and enhanced DBS checked.

All classes are mixed, for students of any age from 4 years to Adult. Karate is a skillful martial art but at the same time it is intended to be enjoyed by the students and get them fit. Students will learn self-control and how to share, work and have trust in others. Beginners will be introduced to the basics of karate including stances, punching, kicking and blocking. There will be general fitness training, self-defence and some bag and pad work which will lead on to sparring techniques, ring craft and sparring itself. Students also learn different forms or sequences of moves known as Kata and their application to real life situations. In addition students will learn about the etiquette of karate including politeness and respect. All students are taught that "The ultimate aim of the martial arts lies not in victory or defeat but in the perfection of the character of its participants". Games are incorporated into the training to ensure that students, particularly the youngest ones, enjoy themselves whilst getting fit.

Fight Club is for more experienced students and concentrates on sparring and sparring techniques. Beginners will be able to progress to joining that session after they have successfully passed their first grading after about 3 to 4 months.

Advanced Karateka will learn complex Kata and sparring techniques which are taught at a very high standard by National and International champion Sensei Katie Simpson. Any student who would like to join the club from another style, graded to any level, will be assessed and graded to the level seen fit by the instructors at the Shukokai Karate Academy.

Students are graded approximately every 4-6 months for junior grades and slightly longer for more senior grades. A student's progress from one coloured belt to another starting on white belt and progressing to white/yellow, yellow, orange, green, blue, purple, brown and black. Grading's depend upon a student's progress, attitude, application and attendance.

The club works on an online booking system and lessons must be booked and paid for online in advance of training. Up to date details of fees can be obtained from Sensei Chris, Sensei Katie or Sensei Steve. An annual membership with the Shukokai Karate Academy England must be obtained by all students when training commences and is updated every year.

To start training you can wear tracksuit bottoms and a loose t-shirt and when you know you are committed you can purchase a Gi, Karate uniform. This is worn to every class and should be kept clean and pressed.

You will be welcomed into any of our Dojo,

In October 2018 Sensei Chris and Sensei Katie Simpson a Father and Daughter duo from Maidstone, Kent formed the Shukokai Karate Academy after 20+ years of experience.

Here at the Shukokai Karate Academy we believe in the true Martial Art, we teach Basics, Kata, Kumite, Impact and Fitness. We embed discipline, dedication, respect and focus. Teaching students from the age of 4yrs to adults, we make sure that all our students are well equipped. We, as Chief Instructors, are extremely proud of every single one of the students within the SKA and their commitment and determination to succeed.

The Shukokai Karate Academy promotes a high level or discipline, ambition, respect and perseverance. Instructors fully back their students whether it be through involvement in competitive karate or through learning martial arts as a hobby and life long skill.